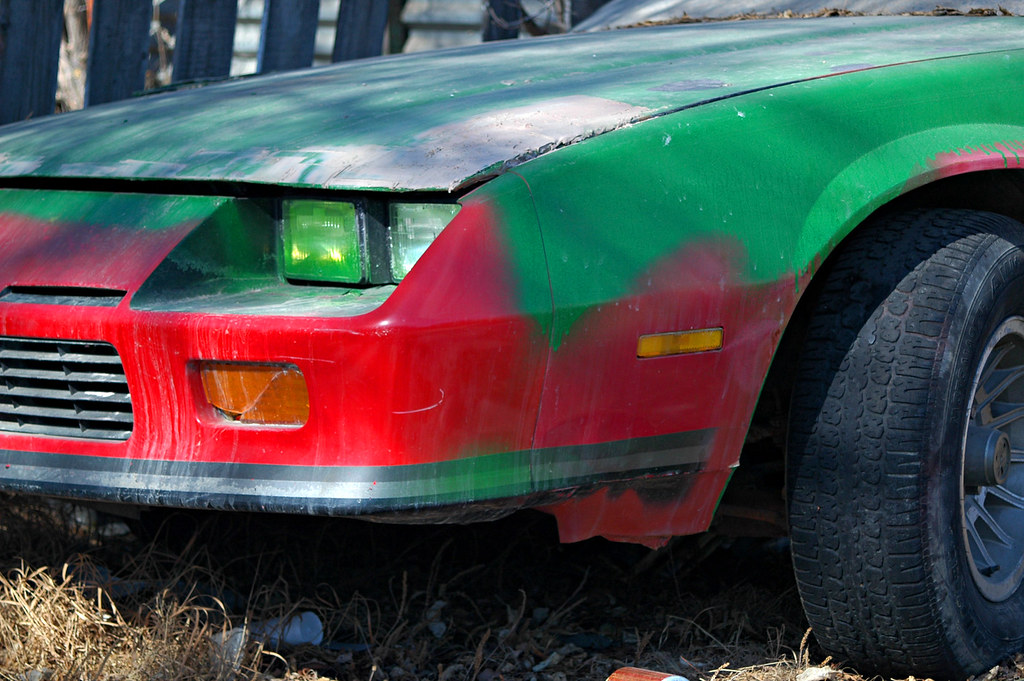 Today I removed a couple of Chaos Terminators from their "methyl alcohol" bath (gedenatureerde alcohol in Dutch, 96% pure), in which they've soaked for little over 3 days. I bought them 2nd hand, were in good shape, but wrong color combination and painted not too my liking, so in they went! From what I've seen on the web, Dettol (does anyone know a Dutch equivalent? We only seem to have the medical appliances, and soap) and brake fluids seem to work extremely well, but clutter the paint, turning it into goo? The methyl alcohol actually dissolves the paint, making it easier in my opinion to clean. If I'm wrong about this, let me know in the comment section. :)

I tried it in a little cup first, as I had only a little bottle... For some reason I can't find liter-bottles... I tested it against another container, same stuff, yet only 70% pure.

Within hours I saw flakes coming off, against nothing happening in the 70% container, so I went and got some more bottles and a bigger container.

When I came home today, I saw more an more flakes coming off so I decided to give it a go.

This is the entire container, with 8 figures in it. Some are already appearing clean, but those were never painted to begin with, I just wanted to see the effects on the glue :)

Here's one of them in the kitchen sink...

Same guy after I took the electric toothbrush at him for about 5 minutes!! I know it's not very meticulous, but for now it seems good enough for me. I'll have a look at it later in the week, see how it came out after they've dried. The might go back in for a rematch...

The alcohol doesn't seem to soften up the glue, I still had to apply quite a lot of pressure, I even wrecked a model when the plastic tore apart instead of the glue... :( Tip: Still useful for scenery!

It feels good to have them released from their jackets, now I can have mine applied! ;-)

I seemed to have punctured the latex glove of the hand holding the models, probably on one of the rack on the shoulders... Damn... The skin on the thumb especially feels completely dried out! Aloe Vera to the rescue!

Here's the Chosen that are taking a bath as we speak...